M, b. August 23, 1908, d. June 6, 1988
Glen Brane Glenn Brane, 79, 1407 W. Third St, Marion, died at 6:05 p.m. Wednesday in the emergency room at Marion General Hospital. He had bee in failing health for several years. Born in LaFontaine, Mr. Brane had lived in Marion for 45 years and retired after 29 years at Anaconda Wire and Cable. He was a member of the Nelson Street Wesleyan Church, Marion. Survivors include his wife of 58 years, Mary; two sons, James Pierce, Mitchell, S.D., and Verdean Leland, Evansville; a brother, Fred, Madison; six grandchildren; and seven great-grandchildren. Services will be at 2 p.m. Saturday in the Nelson Street Wesleyan Church, 1502 W. Nelson St., Marion, with the Rev. John Basham and the Rev. Steve Martin officiating. Burial will be in the LaFontaine IOOF Cemetery. Friends may call from 2 to 4 p.m. and 6 to 9 p.m. today at the Needham-Storey Funeral Service, Needham Chapel, 814 S. Admas St., Marion.2 His Social Security Number was 309-05-3928.4 He was buried at I.O.O.F. Cemetery, LaFontaine, Wabash Co., Indiana.5,2 He was born on August 23, 1908 at LaFontaine, Wabash Co., Indiana.4,2 He married Mary Catherine Baker on August 23, 1929 at Wabash Co., Indiana.5,6 Glen Brane died on June 6, 1988 at Marion, Grant Co., Indiana, at age 79.4,2

M, b. August 7, 1909, d. March 7, 1979
His Social Security Number was 303-05-8639.8 Richard T. Hill was buried at I.O.O.F. Cemetery, LaFontaine, Wabash Co., Indiana.9,3,5 He was born on August 7, 1909 at Huntington Co., Indiana.8,3,4,6 He married Marguerite Alene Stremmel on November 28, 1934 at Indiana.4 Richard T. Hill died on March 7, 1979 at LaFontaine, Wabash Co., Indiana, at age 69.8,3,5 He LaFontaine, Ind. - Richard T. Hill, 69, LaFontaine, former president of Stremmel & Hill Inc., a well drilling firm, died Wednesday at his home. Hill had been involved in municipal and industrial work throughout Indiana since 1929. He became a partner in Stremmel & Hill in 1947 and its president in 1955. He retired in 1974. He had served two terms as president of the Indiana Well Drilling Contractors Association and was its executive secretary for 10 years. He also was an honorary life member of the association and a member of the National Water Well Association. A native of Huntington County, he lived most of his life at LaFontaine. He was a former master of Masonic Lodge 295 and patron of the Order of Eastern Star here. His other memberships included the Scottish Rite and Mizpah Shrine Temple at Fort Wayne, the Presbyterian Church at Wabash, Elks, IOOF lodges and Wabash Country Club. Services will be held at 2 p.m. Friday in Hunter Funeral Home here. Burial will be in IOOF Cemetery. Survivors include a son, Jerry T Hill of LaFontaine. on March 8, 1979.5 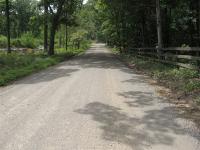 In the name of God Amen: I, Daniel I. Conner of the County of Montgomery being of sound mind memory and understanding calling to mind the mortality of my body and that it is appointed unto all men once to die do therefore make ordain this my last will and testament in manner and from the following to wit:

Item 1 - I recommend my soul to God in hope of a joyful Reserruction at the last day and my body to be buried in a decent manner at the descrecian of my executors herein after named.
Item 2 - I will and desire that all my just debts be paid and my funeral charges defraid.
Item 3 - I bequeath unto my dear and loving wife Mary Conner one horse suitable for her to ride two cows and calves and the dwelling house wherein I now live during her life for her own proper use and benefit and receive from my four sons herein after named twenty dollars from each of them annually during her life.
Item 4 - I give and bequeath unto the Baptist society the land enclosed wherein the fence round the meeting house entering the front square of the fence down to where the Bent Mountain road crossed the branch to them and their successors forever.
Item 5 - I bequeath to my son Andrew Conner one hundred and fifty acres of land part of the home place including the improvements within his number of acres, beginning at a corner white oak at the mouth of Muster Run.
Item 6 - I bequeath to my son Jonathan Conner the balance of that tract of land whereon the meeting house is and as much of the tract he now lives on as will make the whole one hundred and fifty acres.
Item 7 - I will and bequeath unto my son William Conner my tract of land known by the name of McClary's containing one hundred and fifty acres.
Item 8 - My will and desire is that the remainder of that tract of land whereon my son Jonathan now lives should be equally divided between my sons Daniel and Jacob Conner.
Item 9 - I give and bequeath the whole the residue of the tract of land, part whereof I have given to my son Andrew Conner to my son Zadock Conner.
Item 10 - I give and bequeath to my daughter Barbara Shelor one cow.
Item 11 - I give and bequeath unto my other four daughters, Mary Hill, Rebecca Reed, Sarah Conner, Christianna Conner and their heirs four hundred acres being the survey lying down Meadow Run to be equally divided among them.
Item 12 - I give and bequeath unto my wife Mary Conner all and singular my household furniture during her life.
Item 13 - My will and desire is that all my stock except what is heretofore named and bequeathed be sold by my executors and the amount thereof to be paid to my youngest daughter Christianna Conner.
Item 14 - I give and bequeath unto my daughter Sarah Conner a bay horse which is not intended to be include with all my stock as I have before mentioned to be sold.
Item 15 - I desire and my will is that my four sons Jonathan, William, Andrew, and Zadock Conner to pay their mother twenty dollars each to be paid annually to her during her life according to a former Item in this my last will and testament.
Item 16 - I nominate appoint and make my two sons Jonathan and Andrew Conner, my true and legal executors of this my last will and Testament, March 13, 1810 Daniel Conner (seal) Witness were H. Smith John Smith Olivia Smith Elizabeth Smith Henry Iddings

The following codicil I Daniel Conner do make to my last will and Testament being date 13th of March 1810. My will and desire is that all my movable property as mentioned in the 12th Item of my ________ last will and testament that was to go to my wife should be sold as she has departed this life and the amount thereof be equally divided between my children, except my two daughters Sarah and Christianna to whom I desire to give two sheares each and the provisions made for my daughter Christianna in the 13th Item of said will I do hereby annul and revoke this 12th day of April 1814. Daniel Conner Witness were H. Smith William (x) Iddings Henry Iddings

At Montgomery County January Court, 1815 this last will and Testament of Daniel Conner deceased was presented in court and together with the codicil thereto annexed were proven by the oaths of Humphrey Smith and Henry Iddings and ordered on the motion of Jonathan Conner one of the executors therein named (the other executor, Andrew Conner refusing to act) who made oath thereto as the law directs and with security entered into acknowledged bond in penalty of four hundred dollars condition as law directs artifact is granted him for obtaining a probate thereof in due form. (In item 5, Andrew was willed one hundred and fifty acres and then in item 9, this land was willed to Zadock. Perhaps this is why Andrew refused to act as one of the executors. - Erma Conner Sowers) Some of the purchasers at this sale were, James Light, Jonathan Reed, Isaac Booth, Peter Reed, Sarah Conner, Andrew Conner, Christiannia Conner, Henry Gallaway, Joshua Wilson, Jonathan Conner, Jonathan Helms, Zedock Conner, Thomas Helms, Abner Dobbins, H. Smith, Jacob Smith, Isaac Wilson, Hannah Deweese and Henry Shocky.1 He Sale of Property Bequeathed by Daniel Conner to his Daughters Christina, Rebecca and Sally This indenture made this third day of September in the year of our Lord one thousand eight hundred and twenty-five between Henry Calloway of the county of Franklin of the one part and Joshua Wilson and Christina his wife, formerly Christina Conner, Jonathan Reed and Rebecca Reed his wife, formerly Elizabeth Conner, and Sally Conner of the county of Montgomery of the other part. Witnesseth that the said Joshua Wilson and Christina his wife. Jonathan Reed and Rebecca his wife and Sally Conner both this day bargained sold delivered and confirmed unto Henry Galloway his heirs and assigns forever, all the rights title interest which they hold in a certain tract of land of one hundred acres also one other tract adjoining containing 300 acres lying in the county of Montgomery on both sides of Meadow Run being the same whereon Zeddic Conner formerly lived making in the whole 400 acres, but be the same more or less, which land-was devised by Daniel Conner dec'd to his four daughters, Christina Conner, Rebecca Conner. Sally Conner, Polly Conner. To have and to hold unto the said Calloway his heirs and assigns forever to the only proper use and behoofs of him the said Joshua Wilson and Christina his wife, Jonathan Reed and Rebecca Reed his wife and Sally Conner do agree and covenant with the said Calloway and his heirs to warrant and defend the right and title of the premises afors'd unto the said Callowav and his heirs forever, against the claims and demands of themselves and their heirs forever and against the claims and demands of all and every other person or persons whomsoever. In Testimony whereof we have hereunto set our hands and afficed our seals the day and year first above written. Signed sealed and delivered in the presence of Joshua Wilson, Christina Wilson, Jonathan Reed, Rebecca Reed, and Sally Conner. on September 3, 1825.