F, b. circa 1785
Massa/Massie Underwood/Cole I believe Massa Underwood was unmarried, or her marriage was unrecorded, but had children with William Byrd Cole, Sr. (1791 - 1883) I have no proof of this, it is just my supposition based on all of the available facts. Massa was enumerated in the 1820 Census apparently without a husband. She was born circa 1785 at Montgomery Co., Virginia.2,1

M, b. December 25, 1925, d. October 3, 1998
His Social Security Number was 226-26-6442.5 Henry Elmo "Buddy" Saunders was buried at Wilson Cemetery, Daniel's Run Road (Rt. 661), Locust Grove, Floyd Co., Virginia.1,3 He was born on December 25, 1925 at Roanoke Co., Virginia.1,5,4 He married Mary Frances Lawrence, daughter of Noah Bluford Lawrence and Vida Oyler Conner, on September 28, 1962 at Floyd Co., Virginia.3,6,7,8,4 Henry Elmo "Buddy" Saunders died on October 3, 1998 at Salem, Roanoke Co., Virginia, at age 72.1,5,3 He SAUNDERS, Henry Elmo, ("Buddy"), 72, of Bent Mountain, died Saturday, October 3, 1998 at the V. A. Medical Center after a short illness. He was preceded in death by his wife, Mary Lawrence Saunders and his parents, Samuel and Vivian Saunders. He is survived by a daughter, Donna Lynn Vest; a grandson, Zachary Lee Vest, all of Bent Mountain. Also surviving are two sisters, Eva J. Heath and H. Louise Sanders and their families, all of Roanoke. He was a veteran of World War II and a life-long member of Mt. Pleasant United Methodist Church. The family will receive guests and Oakey's Downtown on Sunday from 10 a.m. to 2 p.m. and 5 to 9 p.m. Funeral services will be 2:30 p.m. Monday, October 5, 1998 at Oakey's Roanoke Chapel. The Rev. Anthony Busic will officiate. Interment will follow in Wilson's Cemetery, Floyd County. Special thanks to a family friend, Faye Quam. Arrangements by Oakey's Roanoke Chapel. on October 4, 1998.3

M, b. circa 1936, d. April 14, 2013
Marvin Delano Jones was buried at Huffville Union Church Cemetery, Terrys Fork, Floyd Co., Virginia.4 He was born circa 1936 at Virginia.2,6 He married Reba Pearl Lawrence, daughter of Noah Bluford Lawrence and Vida Oyler Conner, on November 21, 1956 at Floyd Co., Virginia.2,3,7,8 Marvin Delano Jones died on April 14, 2013 at Pilot, Montgomery Co., Virginia.4 He Marvin Delano Jones, 76, of Pilot, passed away peacefully at home after a long battle with cancer on Sunday, April 14, 2013. He dearly loved his family and his farm. He is preceded in death by his parents, Swanson Thomas and Roxie McNeil Jones; two sisters; and six brothers. He is survived by his wife, Reba L. Jones; daughter, Nancy J. Jones; grandsons, Terry and Amanda Poff, Adam and Deborah Poff; great-grandchildren, Gavin Poff, Aiden Poff, and Tressa Poff; several nieces and nephews. Funeral service will be held 2 p.m. on Wednesday, April 17, 2013, at the Maberry Funeral Home Chapel with the Rev. Leon Alley officiating. Interment to follow in the Huffville Cemetery. The family will receive friends from 6 to 8 p.m. on Tuesday, April 16, 2013, at the funeral home. on April 16, 2013.4

M, b. November 3, 1800, d. January 7, 1871
John G. Thrash Jr. was buried at Hominy Baptist Church Cemetery, Buncombe Co., North Carolina.1,4 He John Thrash, Jr., was born in Montgomery County, Virginia on November 3, 1800. In 1828 he moved to Buncombe County to live with his grandfather, Valentine Thrash, a farmer with large holdings of fertile farm lands on Newfound and Turkey Creek. John married Lucinda Yountz Waycaster, Valentine Thrash's fourteen-year-old stepdaughter, in 1828 and went on to become a prominent leader in the community. Besides being the county surveyor, he served as a member of the North
Carolina House of Commons. in 1837, John purchased 400 acres of prime land from Jacob Weaver near Tom Moore's Creek in Hominy Valley. He moved his growing family near the mountain from Leicester and built a beautiful home near the present intersection of Monte Vista and Asbury Roads in the Candler
section of Lower Hominy. There John worked and prospered from the types of crops grown on his fertile fields and from the high production from his tremendous orchards of apple and cherry trees. He continued to increase the size of his properties by working as a surveyor and making trips to southern cities. He died in 1871 and his wife Lucinda died in 1903. They are both buried in Hominy Baptist Church Cemetery.4 He was born on November 3, 1800 at Montgomery Co., Virginia.1,4,2,3 He married Lucinda Yountz, daughter of Barbara Clarisa Yountz, on June 1, 1828 at North Carolina.4,2,3 John G. Thrash Jr. died on January 7, 1871 at Buncombe Co., North Carolina, at age 70.1,2,3

F, b. August 1, 1940, d. January 27, 2015
Nancy Sue Conner was buried at Wilson Cemetery, Daniel's Run Road (Rt. 661), Locust Grove, Floyd Co., Virginia.5 She was born on August 1, 1940 at Floyd Co., Virginia.1,5 She married William Junior Bowman, son of Howard Samuel Bowman and Martha Holt, on September 29, 1962 at Floyd Co., Virginia.1,4,5 As of September 29, 1962,her married name was Bowman. Nancy Sue Conner died on January 27, 2015 at Virginia at age 74.5 She Nancy Conner Bowman, 74, of Check, passed away on Tuesday, January 27, 2015. She was born on August 1, 1940, and was a member of Havens Chapel United Methodist Church in Check, Va. She is preceded in death by her husband, William Bowman; her father, Hugh Conner; her mother, Pauline Conner Hopkins; a brother, Curtis Conner; and a granddaughter, Brittany Jones. She is survived by a daughter and son-in-law, Cindy and Kent Jones, of Concord, N.C; a son and daughter-in-law, Mike and Lisa Bowman, of Floyd, Va; a daughter and son-in-law, Janice and Leon Wildman, of Riner, Va; four grandchildren, Dana Hamrick, of Riner, Va., Lindsey Jones, of Boone, N.C., Amber Abate and husband, Jonathan, Floyd,Va., Daniel Jones, of Blacksburg, Va. Funeral Services will be conducted at 11 a.m. on Friday, January 30, 2015 at Gardner Funeral Home Chapel with Pastor Darren Landon officiating. Interment will follow at the Wilson Cemetery. Friends may call on Thursday, January 29, 2015 at Gardner Funeral Home after 6 p.m. where the family will be from 6 to 8 p.m. In lieu of flowers, memorial contributions may be made to Havens Chapel United Methodist Church Food Pantry. The family expresses special thanks to Nancy's community and church family who assisted her during her illness, the ICU and fourth floor doctors and nurses at Montgomery Lewis-Gale Hospital, the staff at Wake Forest Hospital in Winston-Salem, NC, and the Blue Ridge Cancer Center. on January 29, 2015.5

M, b. July 25, 1938, d. May 14, 2011
William Junior Bowman was buried at Wilson Cemetery, Daniel's Run Road (Rt. 661), Locust Grove, Floyd Co., Virginia.4 He was born on July 25, 1938 at Patrick Co., Virginia.1 He married Nancy Sue Conner, daughter of Hugh Conner and Mary Pauline Hodges, on September 29, 1962 at Floyd Co., Virginia.1,5,6 William Junior Bowman died on May 14, 2011 at Virginia at age 72.4 He William Junior Bowman, 72, of Check, passed away Saturday, May 14, 2011, with his family by his side. He was preceded in death by his granddaughter, Brittany Jones; father, Howard Bowman; and brother, Arthur Bowman. Mr. Bowman is survived by his wife of 48 years, Nancy Bowman; mother, Martha Bowman; children and spouses, Cindy and Kent Jones, Mike and Lisa Bowman, Janice and Leon Wildman; grandchildren, Dana Hamrick, Lindsey and Daniel Jones, and Amber Bowman; three brothers, Sam, Warren and Terry; five sisters, Maggie, Thelma, Erlene, Kathy and Barbara. Arrangements are being handled by Gardner Funeral Home, Floyd. Friends may call after 5 p.m. Sunday, May 15, 2011, where the family will be until 8 p.m. Funeral services will be held 2 p.m. Monday, May 16, 2011, at the Gardner Funeral Home Chapel with Darren Landon officiating. Interment will follow at Wilson Cemetery. In lieu of flowers, donations may be made to The Locust Grove Fire Department and Rescue Squad. on May 15, 2011.4 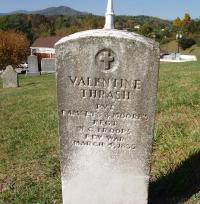